New York Triathlon (NYTRI), (FKA Big Apple Triathlon Club) started as a grassroots race production company out of Syracuse, NY in 1983 and is now the longest-running triathlon organization in the Northeast. During this period NYTRI worked hard to produce the best value in multi-sport events available to athletes in the Tri-State area. To date, NYTRI has organized over 600 events that drew approximately 100,000 competitors, many of them first-timers to multi-sport competition.

Co-founder, Daniel Honig, has been competing in and organizing triathlon events for over four decades throughout the world. Honig combines his experience as an athlete who personally competed in 150 triathlons, and as a race director for delivering a unique race experience for all levels of expertise. No other organization in the country has produced a more extensive and varied list of events. NYTRI’s organizational expertise and safety record are known and respected nationwide.

USA Triathlon, in “A Tribute to Dan Honig” by Dr. Steve Jonas says “Dan has been the heart and soul of multisport racing in the New York City Metropolitan Area. While he ran both duathlons (Dan persisted in calling them biathlons into the 2011 season) and triathlons, his specialty was the biathlon/duathlon. Although neither of us is absolutely certain, it may have been Dan who invented the biathlon back in 1984.”

NYTRI, a not-for-profit, 501(c)(3) organization, is dedicated to carrying on the legacy founder Dan Honig left behind by continuing to produce triathlon, duathlon and multi-sport events for educational, racing, physical fitness, and recreation. Thanks to the friendly and supportive atmosphere of the NYTRI community, membership typically includes novice to seasoned athletes from throughout the Tri-state (New York, New Jersey, Connecticut) area. In 2017, NYTRI was proud to have competitors from 10 different states to International attendees from across the Atlantic, representing the Czech Republic and Spain. Under the new leadership of Ron Darress, NYTRI will continue to offer the highest of quality, multisport events in the NYC Metro and surrounding areas for years to come. 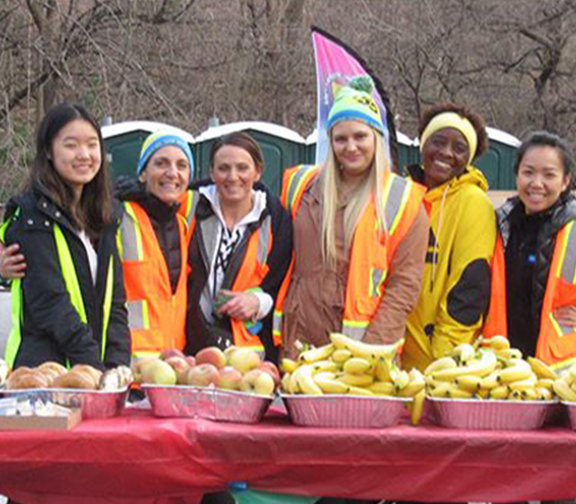 Make a difference. Meet new people, have fun and help support a great event! Volunteer at New York Triathlon Club to help build relationships and skills while earning free entry to your next event.